By sending out the mentioned memes as a postcard, we wanted to encourage politicians (mostly MEPs), already smpathizing with the idea of supporting the TRIPS-Waiver, in a positive kind of way to post more about their support and hence increase public pressure.

In our squad we created funny memes, ironically describing current (european) patent policy or politicians behaviour, whilst pointing out more equitable and efficient solutions that help end the pandemic sooner, for example supporting the TRIPS-Waiver. These were then sent out to MEPs/politicians with an attached letter, to make them state publically their support for TRIPs-Waiver. 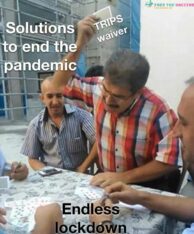 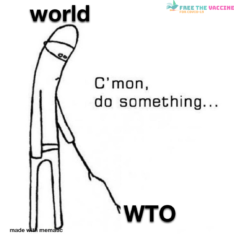 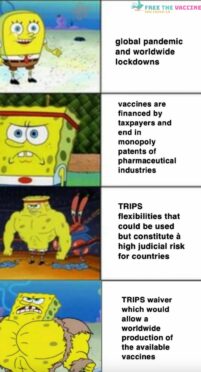 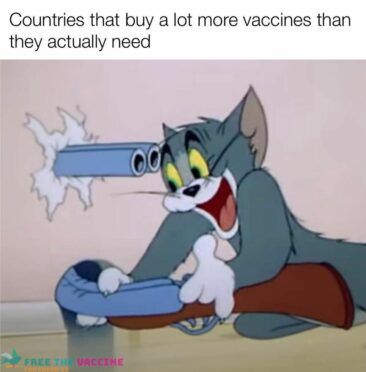 The memes were reposted by some NGOs and we also got some positive feedback from a few MEPs. In addition, it helped us a lot to try out Craftivism and using positive vibes to criticize.

The idea was created during the time when the container ship “Ever Given” was stuck in the Suez Channel and social media was flooded with memes about it. Therefore we also created one meme with this background.

Flood every politician with a postcard specifically adapted to her/his statements on the TRIPS-topic with a picture of him/her as base of the meme. Also the memes could be printed out largely as big posters to be hung up in public area.

It would be also good to try targetting MEPs from the “other side”, not convinced of the TRIPS-Waiver yet. Of course, different texts on the memes could be helpful and also a different letter attached to it. But the procedure could be the same.