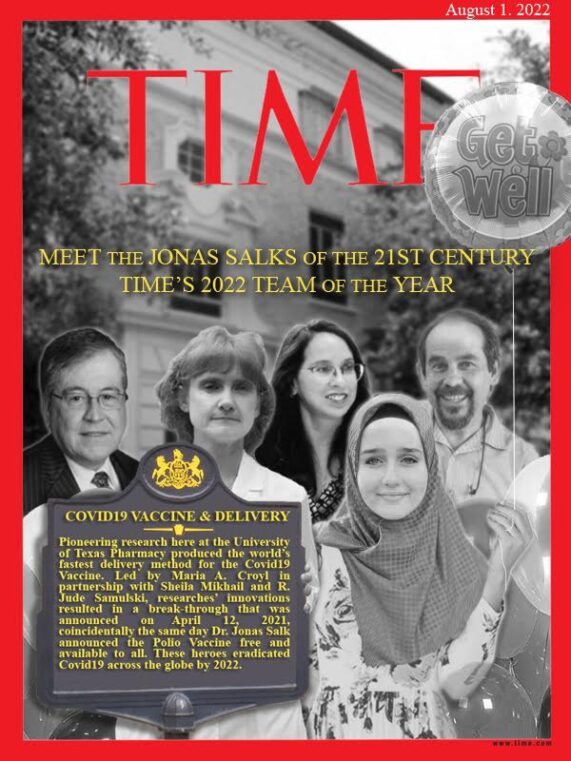 Make a version for your target.

The quality of the video and audio (and singing!) wasn’t too shabby. I was very limited to my equipment and space (and singing capabilities), but I managed to produce the video very simply in one day. It could have been even simpler and it still would have been effective. Making a music parody was not as hard as I initially imagined. So, having just made it, whether or not it got the response I desired, was still a success in itself.

According to UT, “researchers are racing to develop innovations in fields like virology, immunology, epidemiology and medical engineering to support the fight against COVID-19” (giving.utexas.edu/covid-research/). They have already developed and licensed an innovative vaccine delivery method to AskBio pharmaceutical (hnews.utexas.edu/2020/03/04/new-delivery-method-could-transform-vaccine-distribution-to-remote-developing-areas/).

I believe UT should pledge to make their intellectual property available free of charge for use in ending the COVID-19 pandemic and minimizing the impact of the disease! So instead of just posting online about our petition for UT students/staff/professors and other members of the Austin community to sign urging UT to join other heroic companies and universities in making the Open Covid Pledge (opencovidpledge.org)… I thought instead that I would try to make an eye-catching video with the hopes of gaining more traction on social media.

I would love a team who could simply help me make social media posts on a regular basis, with targeting popular groups/individuals on social media who might be interested in sharing our video, and with taking other measures for making the video go viral. It would be cool to make the process of sharing the video more interactive, where students/staff/professors at UT in particular could be part of the fun and voice their own opinion rather than merely sharing/re-posting our video. It might mean remaking the video and getting students/staff/professors to lip-synch (see next reflection question).

I had to unfortunately make this video on my own, but I believe it would be so much more effective if I had a team of people, videos showcasing different UT students/staff/professors lip-synching. For example, the #JoleneVaccineChallenge by another team with Free the Vaccine was very popular (they also made a parody using Dolly Parton’s “Jolene” song to target Vanderbilt University).