This was a poster created to be used as a way to gain support for the Free the Vaccine campaign from the general public.

This image is a red square poster. At the top in a darker red the words say “You wouldn’t pay for a hot dog twice…” The word twice is in a light pink for emphasis. Below those words is an image of a hot dog. Below the hot dog are more words in a dark red that say, “So why would you for a vaccine?” In the bottom right corner in a white cursive font is “#FreetheVaccine.” 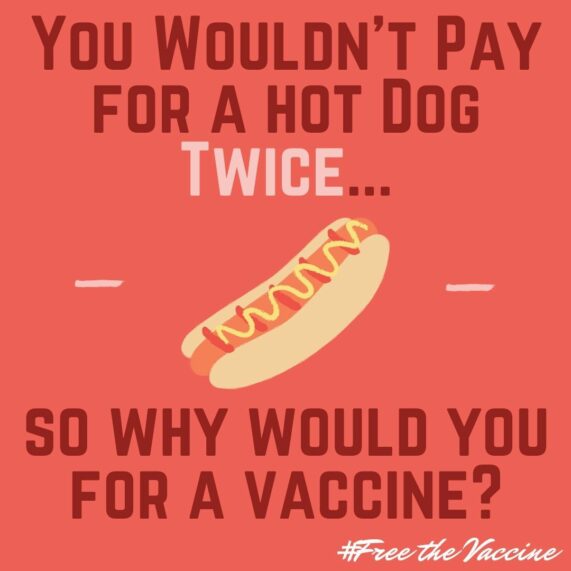 Make it a performance: ask people to pay twice for something.

An early metaphor for the “paying twice” idea we hope to communicate.

The idea for this poster came from an idea that Aly Bancroft had in a Mentor meeting.